Lock down MEX on your iPad with iOS6 Guided Access

With the many distractions of an iPad, most companies would think twice about handing one over to their employees with a fear of them getting side tracked with addictive games like angry birds at their fingertips.

With the recent release of the new iOS6 for the iPad, iPhone and iPad, mobile apple devices can now be locked down on particular apps and certain features through the Guided Access setting.

As taken from the Apple website the new iOS 6 comes with even more features to make it easier for people with vision, hearing, learning, and mobility disabilities to get the most from their iOS devices. Guided Access helps students with disabilities such as autism remain on task and focused on content. It allows a parent, teacher, or administrator to limit an iOS device to one app by disabling the Home button, as well as restrict touch input on certain areas of the screen.

For those companies using MEX on these devices, administrators can now lock down the device for MEX use only. 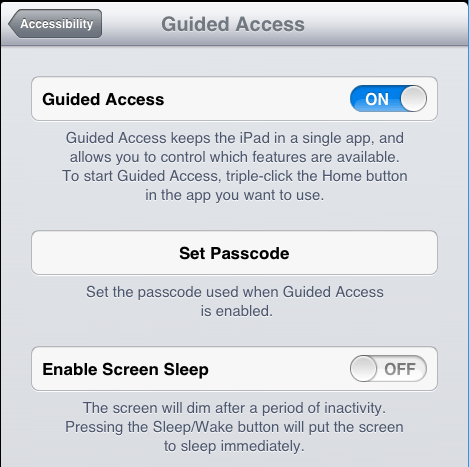 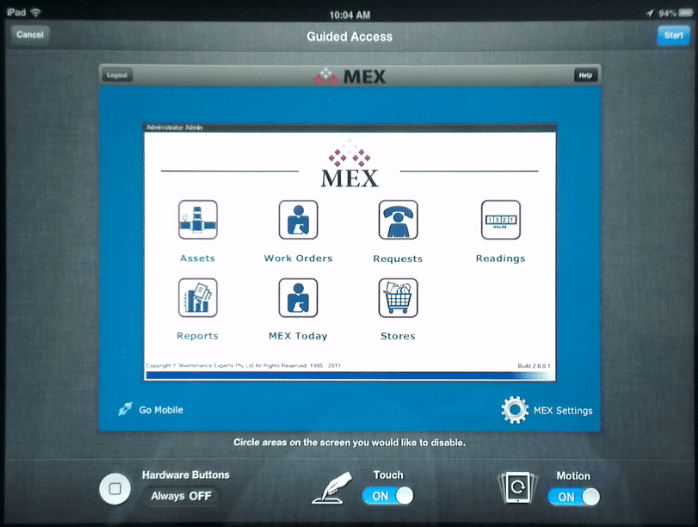